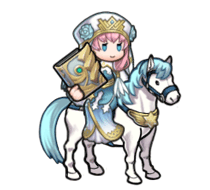 Gunnthrá is the eldest princess of Nifl, the Kingdom of Ice, and is well-loved by her people. 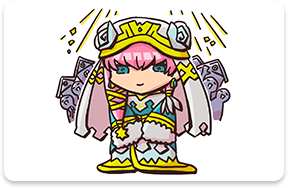 But following a calamitous invasion by Múspell, the Kingdom of Flame, Nifl was destroyed, and the royal family scattered. 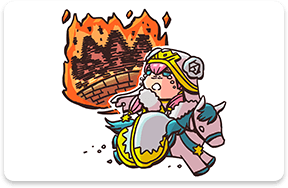 Apparently, Gunnthrá can perform a special ritual that allows her to reach out to the person who will sway her destiny and meet them in their dreams. 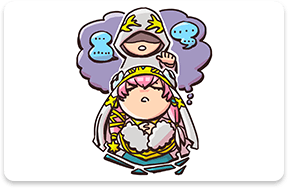 I wonder what kind of person she met in those dreams… Makes you think, doesn’t it? 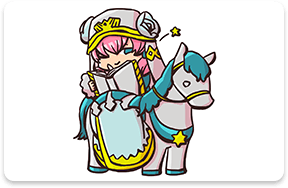 The first prince of Nifl and Gunnthrá’s older brother. He has a cool disposition, and is always watchful for danger.

Gunnthrá’s younger sister and the second-eldest princess of Nifl. Ordinarily a gentle girl, she has sworn vengeance on her nemesis, Surtr.

The youngest of the three princesses of Nifl. Brimming with curiosity, not even the darkest times can dim her cheerful disposition.