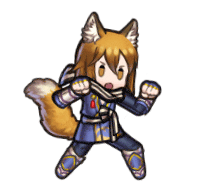 Kaden is the leader of the Kitsune Hamlet and the father of Selkie. 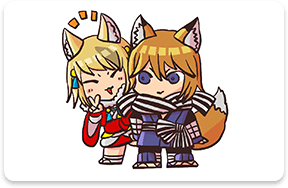 He’s got a sunny, cheerful disposition, but he also has a strong sense of duty, repaying any debt of gratitude several times over. 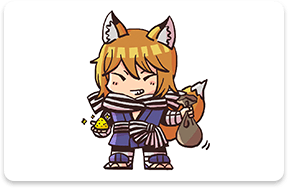 And when it comes to those who would threaten his allies, he shows no mercy! Especially if you’re trying to barge into the Kitsune Hamlet unannounced… 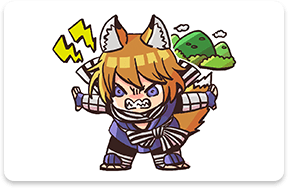 Kaden’s very proud of his sleek fur and considers himself the exemplar of his tribe’s beauty. I’d just love to fluff up that tail of his, though. 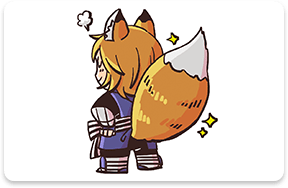 Kaden’s daughter and a fellow kitsune. She’s very inquisitive, and isn’t afraid to try anything.

Leader of the wolfskin of Mount Garou. He, too, has a tail, and has sometimes shared grooming tips with Kaden.