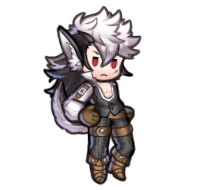 Keaton leads the Wolfskin tribe, which inhabits Mount Garou in the kingdom of Nohr. 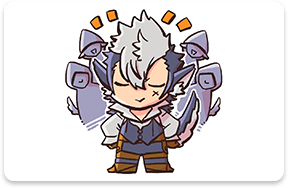 Some people are afraid of the wolfskin and tend to avoid them, but Keaton’s actually a really nice, outgoing guy! 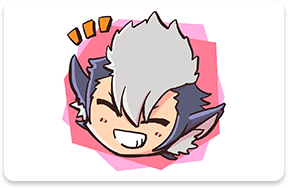 His outlook is totally different from that of Kaden, a kitsune, but they’re like peas in a pod otherwise. I guess they must have found something in common! 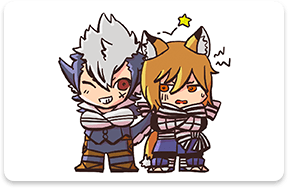 When it comes to people who’d hurt his friends, Keaton’s got claws and knows how to use them. Oof… I’m glad he’s on our side. 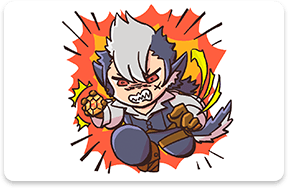 Daughter of Keaton, and a wolfskin. She has a habit of picking up fur balls, dust bunnies, and odd pieces of junk.

Leader of the secluded Kitsune Hamlet. Has occasionally found himself in mortal peril as a result of Keaton’s horrible sense of direction.