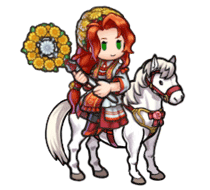 The flame-haired Titania is pretty much the backbone of the Greil Mercenaries.

On the battlefield, there’s few people more dependable than her. And that’s why she’s been Ike’s second-in-command ever since he took up the mantle. 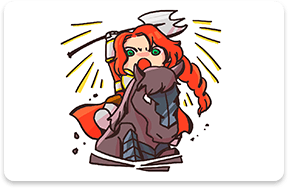 Now she’s headed for a new battlefield—the Day of Devotion! With an outfit like that, she’s definitely taking no prisoners. 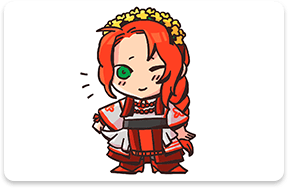 Titania’s a first-class knight who knows that there’s more to chivalry than fighting in times of war. Why don’t you take the time to learn more about her this Day of Devotion? 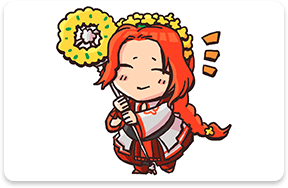 The first leader of the Greil Mercenaries. He placed his absolute faith in Titania, also making her his second-in-command.

Ike and Mist lost their mother when they were still young, and Titania stepped in to fill the gap—sometimes playing the role of an older sister, and sometimes that of a mother.