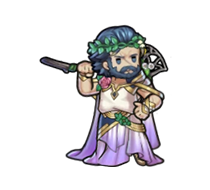 Well, this is a surprise! It looks like this year’s Day of Devotion is going to feature a Dad of Devotion—it’s my father, King Gustav of Askr! 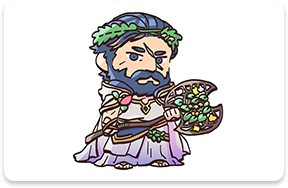 Father can be a little intimidating at first glance, but he’s showing everyone a much softer side with his Day of Devotion outfit. But he’s still pretty terrifying when he gets mad. Just…take my word for it… 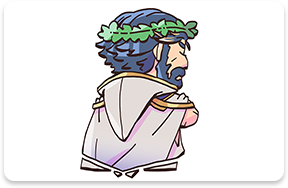 See those flowers decorating his axe? He’s going to be giving those to me and the rest of the family later! Oh, and that crown made of fig leaves is a present from Mother. See, I told you he had a soft side! 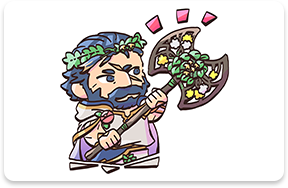 Don’t let his calm demeanor fool you—he’s actually been very excited about joining the festival for a long time. Well, I’m looking forward to enjoying some family time too! 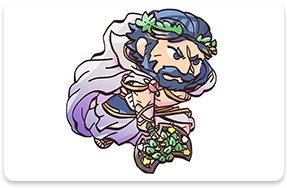