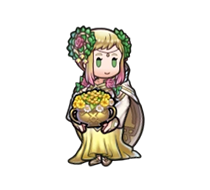 The Day of Devotion is a yearly occurrence, but it’s not without its surprises. And speaking of which, my mother, Queen Henriette of Askr, is joining this year’s celebrations in a special outfit of her own! 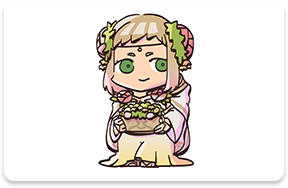 I have to say, the outfit she’s wearing really highlights her charming, lively personality! And I just love how she’s decorated her fig leaf crown with flowers! 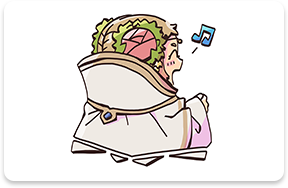 We all give each other flowers every Day of Devotion, and that’s what the vase she’s carrying is for. She’s really been looking forward to this! Oh, and speaking of presents, the crown she’s wearing is actually from Father. They have a tradition of trading crowns every year. 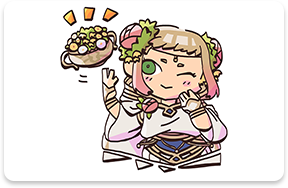 You know, I saw them sharing a moment earlier and I was tempted to surprise them…but I think that they deserve a little time to themselves every now and then! 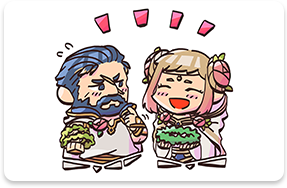