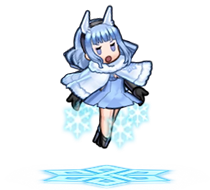 Here’s Nifl, the god of ice. Her name probably sounds familiar to you, and that’s because she’s the creator of the kingdom of ice that shares her name! The people of the kingdom look to her for strength and guidance. 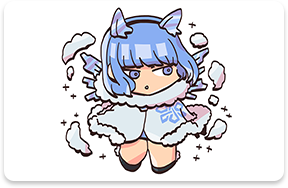 True to her domain, Nifl’s demeanor is as cool as ice, and she abhors change, instead preferring things that persist eternally. She sees tranquility as an unchanging constant, and desires peace over war and conflict. 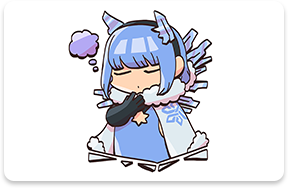 That does beg the question of why she’s been in conflict with Múspell, the god of flame, for so long! Well, just as Nifl desires peace, Múspell hungers for war… So I guess there’s no room for compromise there. 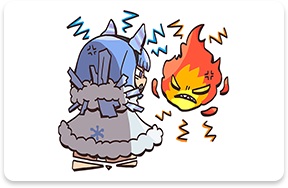 In order to save her kingdom, Fjorm sacrificed her life to the Rite of Frost to receive Nifl’s power and restore peace to the realm. I just hope it really will last forever… 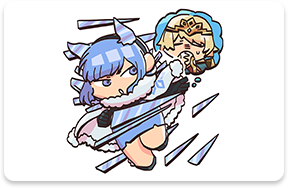 The gentle second princess of Nifl, the Kingdom of Ice. Seeks revenge against Surtr. She sacrifices her life to the Rite of Frost to gain the aid of Nifl.

The god of flame, who craves conflict. He lent his power to Surtr so that he could invade Nifl, the Kingdom of Ice.