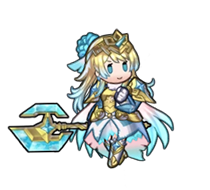 After receiving the power of Nifl, god of the Kingdom of Ice, Fjorm became her champion. And now she’s making a miraculous return to Askr as an Ascended Hero! 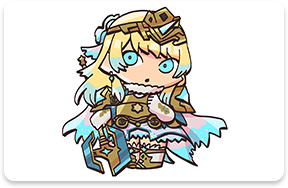 Fjorm has always been gentle and kind. But then came the invasion by the Kingdom of Flame, and her mother’s death at the hands of its king. Lance in hand, the young princess swore to avenge her. 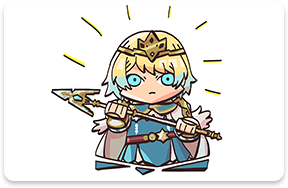 At the climactic battle, Fjorm performed the Rite of Frost and gained the aid of her god. With Nifl’s boon, Fjorm was finally triumphant, but in exchange for this power, she was forced to sacrifice much of her life. 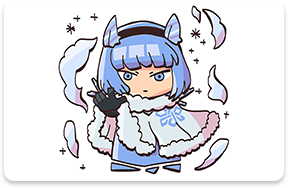 As Nifl’s champion, Fjorm has been bestowed with her sacred axe, and entrusted with the duty of defeating Múspell, the god of the Kingdom of Flame! Will her newfound power be enough to extinguish his fury? 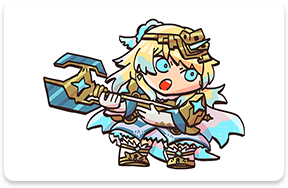 The god of Nifl, the Kingdom of Ice. Her frozen personality is as cold and distant as her realm. During the Rite of Frost, she grants her power to Fjorm so she could defeat Surtr.

King of Múspell, the Kingdom of Flame. Carries the blood of the Flame Dragon. A harsh ruler whose desire for conquest is relentless. He gained the power of the god Múspell through the Rite of Flames, then invaded the kingdom of Nifl.

The god of Múspell, the Kingdom of Flame. His raging personality burns white-hot with a drive toward violence. He has long been locked in conflict with the god of ice, Nifl.