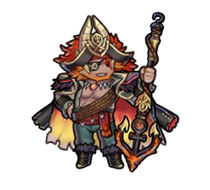 Surtr is the king of Múspell, the Kingdom of Flame, and the blood of the Flame Dragon courses through his veins! This time around though, he’s here to heat things up at Askr’s pirate festival! 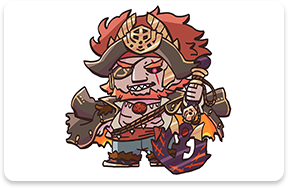 If there’s one thing you could say about Surtr, it’s that he’s totally relentless. And you know, maybe there was something a little on the pirate-ish side about his quest to ravage other kingdoms… 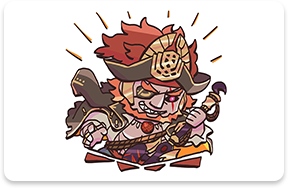 The back of his cape is adorned with the symbol of Múspell. I bet everyone would go running for the hills if they saw a pirate ship with the mark emblazoned on its flag! 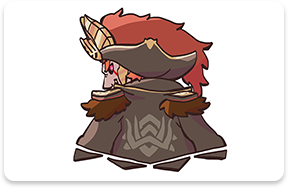 Surtr’s all dressed up to be a tyrant of the seas, and I bet even the most savage sharks would follow his lead. He looks about ready to bathe the world in a sea of fire, so I hope he remembers that this is just a festival! 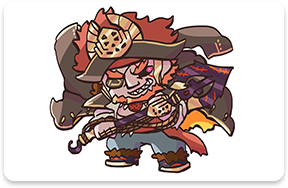 The eldest princess of Múspell, the Flame Kingdom, and Laevatein’s older sister. A general who leads Múspell’s army with dignity. Surtr’s daughter.

The second princess of Múspell, the Kingdom of Flame. She sees herself and the blade she wields as one and the same, and keeps her emotions in check. Surtr’s daughter.