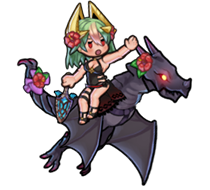 Yikes! Laegjarn, the first princess of Múspell, has invited herself to our summer getaway! …This could be awkward. 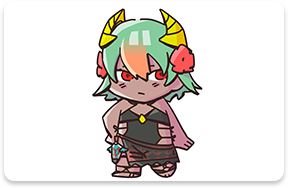 You’re probably thinking “wasn’t she supposed to be our enemy?” Well, I guess you could say that, but there’s no denying that she’s a Hero in her own right who fought for her convictions. 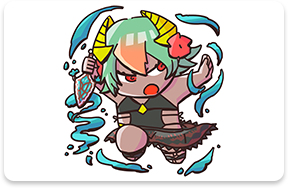 Laegjarn was wearing a pretty striking suit of armor the last time we saw her, but who wears armor to the beach? This time, she’s brought a spectacular swimsuit! 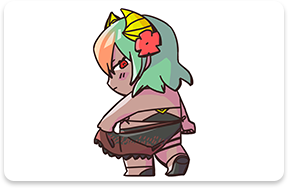 She’s taken to the Askran sun like a duck to water. What do you say we just forget about the fighting and focus on what’s important: enjoying our vacation before the summer ends! 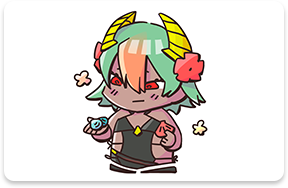 Laegjarn’s father—the king of Múspell, the Kingdom of Flame. Carries the blood of the Flame Dragon. A harsh ruler whose desire for conquest is relentless.

The second princess of Múspell, the Kingdom of Flame. She sees herself and the blade she wields as one and the same, and keeps her emotions in check.