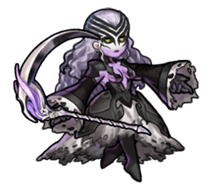 She curses the living and sends them helplessly into the embrace of death. She is Hel, sovereign of the realm of the dead…which is also called Hel! 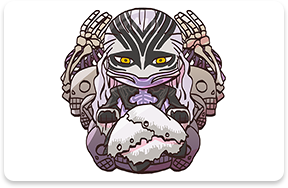 Hel’s power is nourished by death, and her goal is to claim all who still live and breathe for her realm. After raising up the fallen Heroes Líf and Thrasir to be her servants, she began an invasion of Askr. 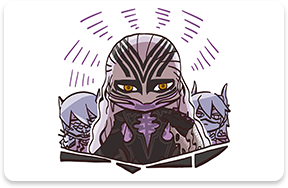 Hel carried out horrible acts to grow her power. She repeatedly executed Eir, a Hero who had been granted many lives, and used the strength that she gained to spread death throughout a number of other worlds. Askr was no exception to this terror, and our people began to succumb to her curse… 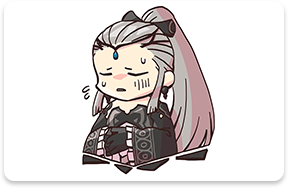 In another world, Hel succeeded in destroying Askr and Embla, and she even took the life of my very own father. Yet, I’m told that when she once embraced Eir as her own daughter, she gave off a tender warmth… Where did things go so wrong? 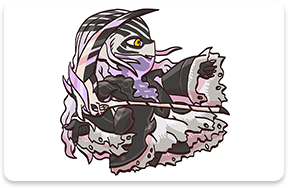 Princess of Hel, the realm of the dead. Dearly loves her mother, Hel, who rules it. She finds Hel’s increasing mercilessness toward the living disquieting. It later transpires that Hel is not her real mother, and that Eir had been deliberately misled.

General of the realm of the dead. At his queen’s command, this dark swordsman fights in hopes that all the living will join the ranks of the dead.

General of the realm of the dead. At her queen’s command, this witch uses her powers to swell the ranks of the dead.