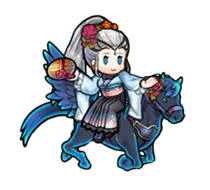 Eir was one of Hel’s elite soldiers during the attack on Askr—but now she’s a steadfast friend to the Order of Heroes! 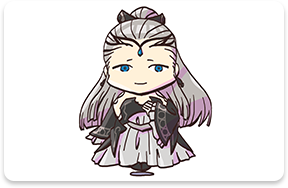 It’s only natural that she’s celebrating the New Year with us, and she’s come in a spectacular outfit to boot. With her special seasonal garb and her demure, pallid appearance, she looks truly otherworldly. (I guess she actually is from another world, in a way, but you know what I mean.) 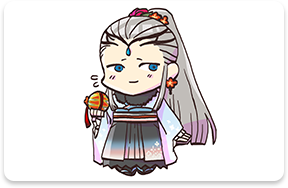 Instead of her customary weapon, Lyfjaberg, she’s carrying a charming embroidered accessory to go with her outfit. You know, I think it suits her delicate look a lot better. 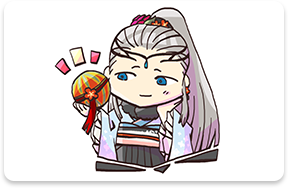 Eir knows all too well how fragile life can be, and that’s why she can truly appreciate the warmth of the realm of the living. Let’s work together to make sure we all live long and happy lives, Eir! 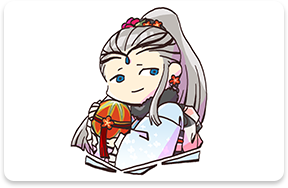