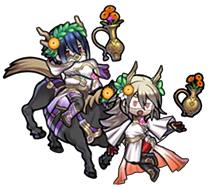 Líf and Thrasir, Generals of Hel, have arrived at the Day of Devotion celebrations! Did you know that they have the same names as the first king of Askr and the first emperor of Embla? 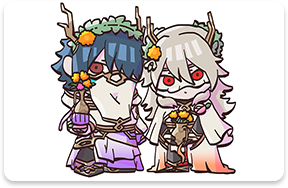 The two are wearing special festival outfits that are a little brighter than their usual gloomy looks. The difference is quite striking, and I mean that in an entirely positive way! 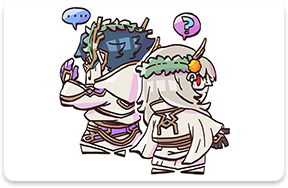 While they’re wearing lighter attire than usual, it looks like they’re being particularly careful about keeping their faces hidden… I wonder why that is? 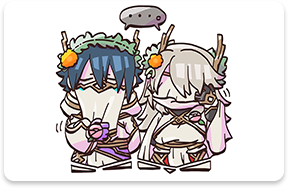 By the way, do you think those flowers they’re carrying are gifts for each other? This must be a rare occasion for them, so I hope they enjoy the celebrations! 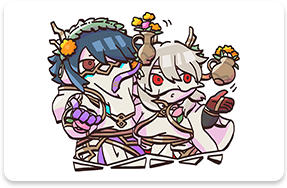 Imperial princess of the Emblian Empire. She is seeking the whereabouts of her missing beloved brother, Bruno.