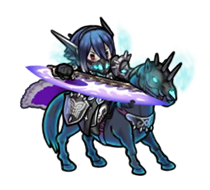 Líf is a warrior who was sent to attack Askr as a minion of Hel, ruler of the realm of the dead. But his true identity…was another Alfonse from a different world, brought back from the dead! 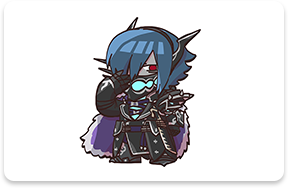 After Hel was defeated, Líf was freed from the realm of the dead’s influence. However, when Ganglöt claimed power over the realm in Hel’s absence, she charged Líf with a mission of her own. 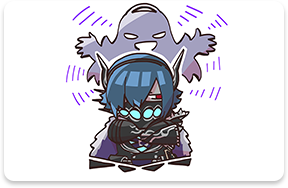 He was ordered to kill Eir, who was living a new life as a member of the Order of Heroes. Once again under the realm of the dead’s control, Líf was powerless to refuse. 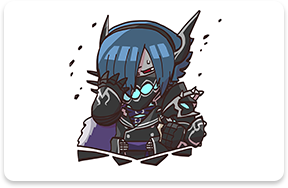 At the end of our last fateful battle, Líf asked us to ensure a happier future for the Askr we lived in… I wish we didn’t have to fight each other again! 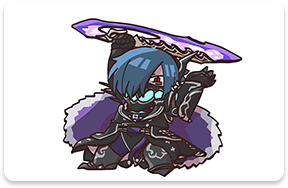 A former servant of Hel. After Hel was vanquished, she became her successor. Uses Líf in an attempt to kill Eir.

Sovereign of Hel, the realm of the dead. Her power increases as the ranks of the dead grow. She aims for all the living to enter her realm. Raised Líf from the dead to serve her.

Princess of Hel, the realm of the dead. Dearly loves her mother, Hel, who rules it. She finds Hel’s increasing mercilessness toward the living disquieting. Ganglöt sends Líf to kill her.