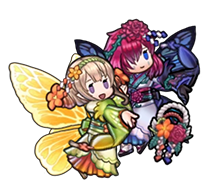 We’ve got a pair of guests coming to celebrate the New Year in Askr—a special “duo,” you might even say! Here’s Peony, the ljósálfr from Ljósálfheimr, and Triandra, the dökkálfr from Dökkálfheimr! 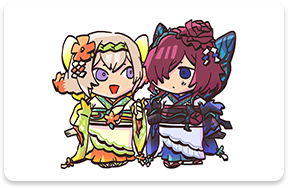 Peony and Triandra have both come wearing kimonos that match the colors of their usual outfits. Don’t their obi and hair accessories look incredible? 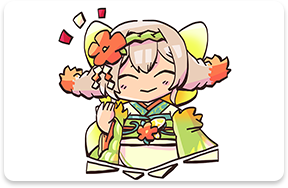 These kimonos were specially made for ljósálfar and dökkálfar, so both outfits have been tailored to accommodate their wings! 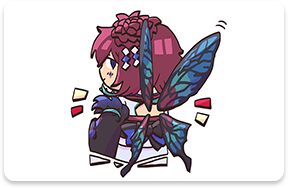 Peony has the power to bring sweet dreams to people, while Triandra brings nightmares. Despite their differences, the two are having a great time together. I hope they can work together to start our New Year off with the best dreams ever! 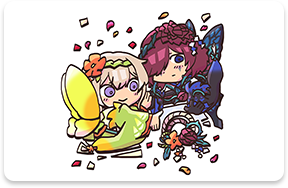 Dream-King of Ljósálfheimr, the dream realm. He is the god of dreams and wishes for all to lead tranquil, blissful lives. He is served by Peony and Mirabilis.

The queen of Dökkálfheimr, the nightmare realm. Her love for her brother Freyr drives her to wish she could stay with him no matter the cost. She ordered Triandra to attack the Ljósálfheimr, and she also challenged Peony herself.