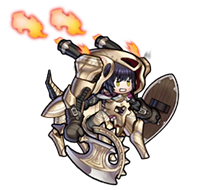 Ótr is the prince of Niðavellir, realm of the dvergar. He’s Reginn’s older brother, and adoptive brother to the king, Fáfnir, who he worships. 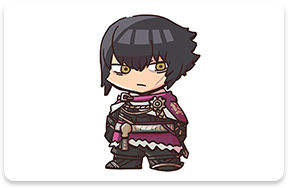 Ótr once wandered the war-torn wastes of a ruined Niðavellir with Reginn in tow. They were taken in by Fáfnir, and grateful for his aid, Ótr pledged his undying loyalty. 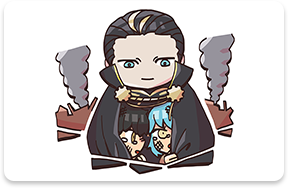 While he may look cool and aloof, Ótr is a devoted, intense man beneath that icy exterior, and he’ll readily take on any duty if it helps Fáfnir achieve his goals! 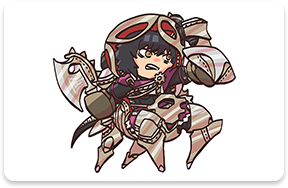 While Ótr and Reginn are siblings by blood, it seems his attitude toward her is a lot more complicated. I hope that they can get past their problems and be good friends like me and Alfonse! 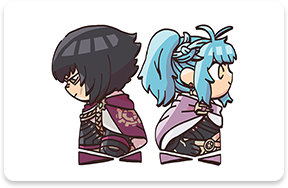 Adoptive sister of Niðavellir’s king, Fáfnir. Chooses to work together with Askr to stop her suddenly changing brother. She and Ótr were taken into Fáfnir’s care when they were children.

The king of Niðavellir, the realm of dvergr. Once a kind and just king, he suddenly became cruel and aggressive. He took Ótr and Reginn into his care when they were children, and raised them.