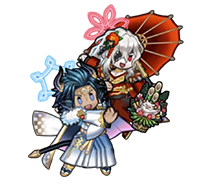 Askr and Embla are the Divine Dragons who created the realms that share their names. They may have had their differences in the past, but now they’ve come to join us in celebrating the New Year—and while wearing absolutely divine outfits! 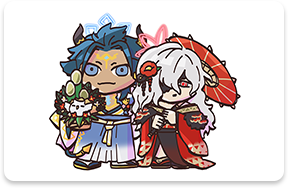 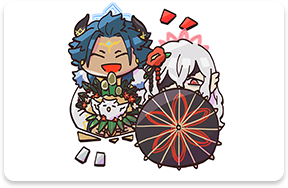 You know, the hakama pants that Askr’s wearing actually have a hole for his tail! And you might not notice because of the haori coat she’s wearing, but Embla’s traditional obi is tied into a beautiful knot at the back! 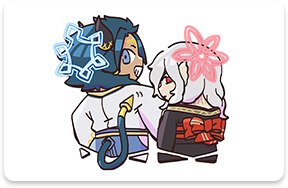 Askr, the god of connections and strong bonds, and Embla, the god of barriers and broken bonds. They may be opposites in all regards, but they’ve known each other for so long, it’d be a shame for them to not celebrate the New Year together! 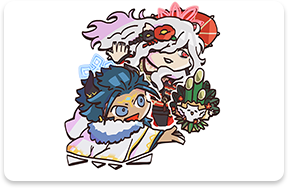 Retainer to Askr, god of connections and strong bonds. Earnest and polite, she strives to always say exactly what she means.

Retainer to Embla, god of barriers and broken bonds. Snide and shameless, he lines his words with barbs meant to wound.