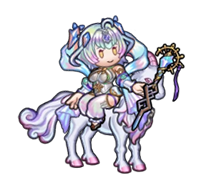 Here’s Seiðr! She’s a goddess of Vanaheimr, the realm of light, which exists separately from our world, Midgard! 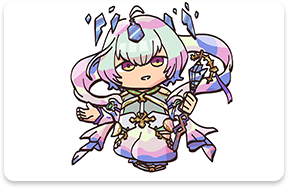 Seiðr came to rescue us from Gullveig, the Golden Seer. Apparently, she wants to change our future to save us from ruin! 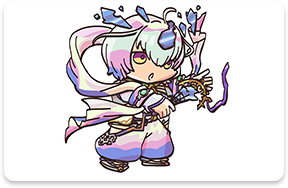 As a goddess, Seiðr has a sublime air of divinity. That said, she’s not infallible—she’s got a surprisingly bad sense of direction! 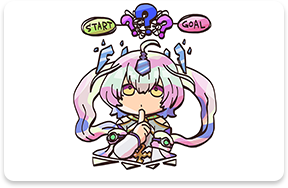 Seiðr said she’d guide us to Vanaheimr and give us an audience with their king, Njörðr. No matter what happens, we’ll do whatever it takes to keep Askr safe! 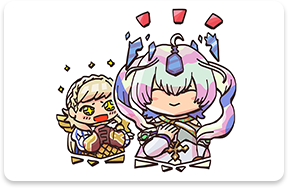 King of Vanaheimr, realm of light. Dispatches Seiðr to guide the Askrans to him so that they may avert their bitter fate.

The Golden Seer who has the power to control time. She came between Askr and Embla and laid nearly all of the continent to waste.