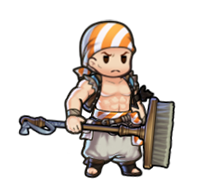 Galder Harbor is located on the shore opposite Talys, the homeland of Princess Caeda. Galder was also the base for a large group of pirates—which included Darros, a reluctant member of the crew charged mainly with odd jobs. 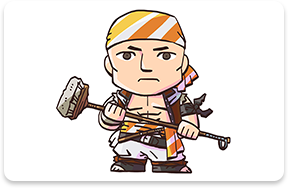 Originally an honest fisherman, Darros became a pirate entirely by accident, having been mistaken for a member of the crew due to his somewhat intimidating appearance. 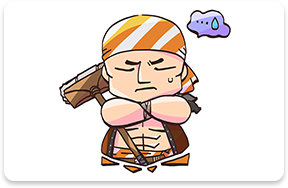 Still, he never really wanted to be a pirate, and when he encountered Marth, he seized the opportunity to leave the plundering life behind him and start anew! 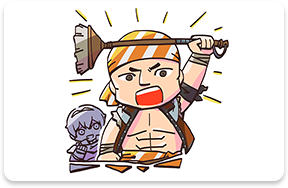 You’d think that with his background, the festival here in Askr might be something of an unpleasant reminder for Darros. Fortunately, he doesn’t mind if it’s only pretend piracy, and he’ll happily play along in his pirate costume! Arr, matey! 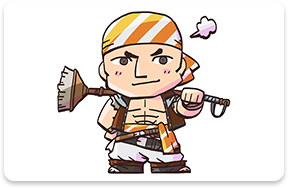 Prince of Altea who fights for his homeland and deeply values his friends. Marth aides Darros in leaving his life of piracy behind.