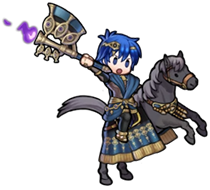 Kris is a new recruit to the knights of Altea, assigned to the 7th Platoon. He’s a little-known Hero who eventually became Marth’s royal guard, but allowed all of his feats both on and off the battlefield to be attributed to the prince, giving up his place in history. 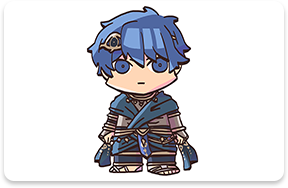 These days, Kris finds himself going undercover at a festival held in the desert kingdom of Plegia! That’s why he’s dressed up in Plegian attire—he’s trying to blend in with the festival atmosphere! 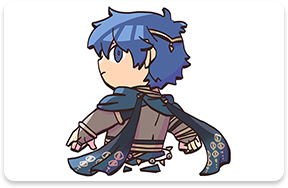 That open top of his outfit is a hallmark of Plegian style, made for the desert heat. I have to say, he’d make for a convincing proud Plegian warrior with that axe he’s carrying, and his hair accessory is like a stamp of authenticity! 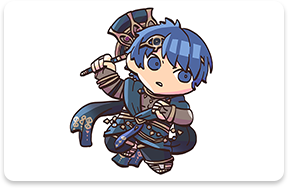 Kris is being joined on this mission by Katarina, another member of the 7th Platoon. Will the two successfully manage to infiltrate the festival and get the information they’re after? I hope everything goes off without a hitch! 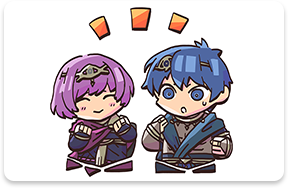