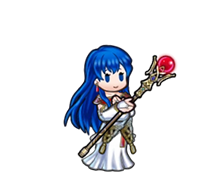 Elice is the princess of Altea. She’s gentle, graceful, and wishes for peace more than anything else! 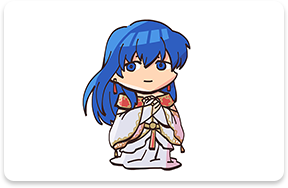 When the Kingdom of Altea was about to fall to a joint invasion by the Dolhr Empire and the Kingdom of Gra, Elice instructed her younger brother to escape—allowing herself to be taken captive in his place. 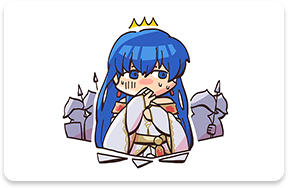 Elice spent a long time in imprisonment. Eventually, though, she was freed by a grown-up Marth and his friend, Merric! 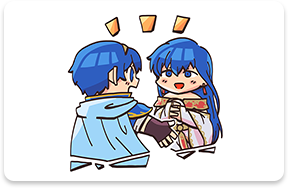 Once rescued, Elice supported Marth and his allies with her gentle, caring spirit and her magical powers. I hope she can work her magic with the Order of Heroes too! 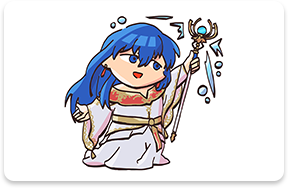 Wind mage who studied in Khadein, known for its magical school. Marth’s childhood friend. He has feelings for Elice.

Prince of Altea who fights for his homeland and deeply values his friends. Elice’s younger brother.

A student of Gotoh, the White Sage. Hatched a scheme to revive the Shadow Dragon, Medeus, and rule the world. He captures Elice.