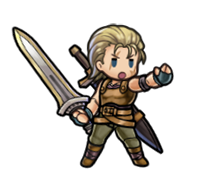 Ogma is the captain of Talys’s mercenaries. He’s an accomplished swordsman who places great value on loyalty, and everyone counts on him to get things done! 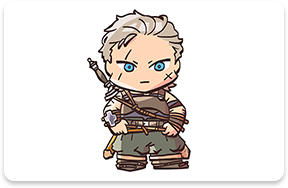 Once an enslaved gladiator, Ogma planned to escape the arena with some of his allies, only for their attempt to end in failure. Ogma took full responsibility to save his friends, and just as he was about to be executed, a young Princess Caeda passed by! 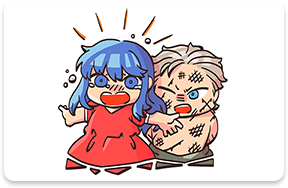 Having been saved at the last second by Caeda’s intervention, Ogma entered her service. Later, during the War of Shadows, the King of Talys ordered him to join the Altean army, led by Prince Marth. 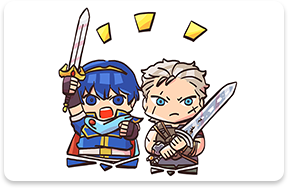 The conflict dragged on, but Ogma kept Caeda safe all the way through to the end! I’m looking forward to seeing what he’ll do next while working with the Order of Heroes! 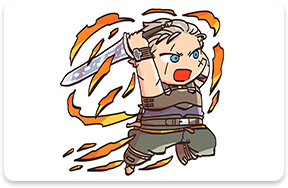 Princess of Talys who’s as talented as she is charming. Marth’s betrothed. She saved Ogma moments before he was to be executed.