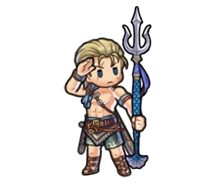 Well, who might this be, hiding out in the shade to give his weaponry a bit of extra polish? That’s right, it’s Ogma, the captain of Talys’s mercenaries! He’s rocking a wild-looking swimsuit for his beach vacation. 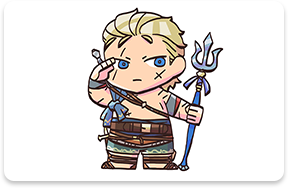 Wow. I know he’s dressed for the beach, but who knew he was in such great shape under his usual armor! He’s definitely making his presence felt in a way that only a veteran mercenary can. 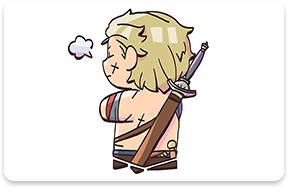 For this outing, Ogma’s weapon of choice is a blue trident! His subordinates—Barst, Bord, and Cord (can’t forget Bord and Cord!)—have a knack for combat at sea, but Ogma’s no slouch either! 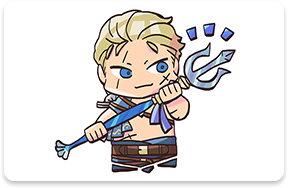 Talys might be an island country, but it seems Ogma never had time for a beach vacation. Now he’s catching up on missed opportunities with the time off Caeda gave him! 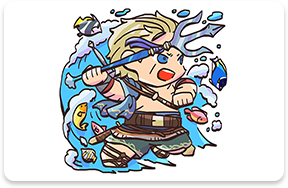 Princess of Talys who’s as talented as she is charming. Marth’s betrothed. Ogma serves her faithfully.