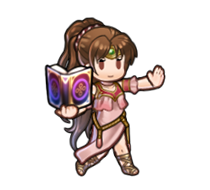 Linde is a mage, and the daughter of Miloah, pontifex of Archanea and one of Gotoh’s best students out of Khadein. Through him, she inherited the tome Aura, a spell that only a select few can use! 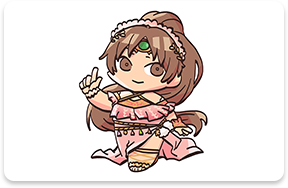 Miloah was assassinated by Gharnef, the so-called Dark Pontifex, who aimed to seize control of Khadein. Knowing that he was also after Aura, Linde fled, disguising herself as a boy to escape Gharnef’s notice. 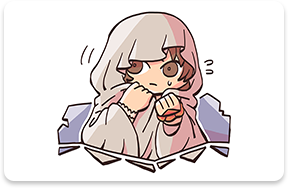 She eventually found herself in Knorda, a place infamous for its slave market. There, she was captured by rogues, but fortunately, Marth and the Altean army happened to find her and rescued her from her plight! 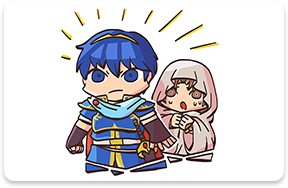 Despite the hardships she went through, Linde managed to keep Aura safe. I’m sure that her strong determination will be a great aid to the Order of Heroes! 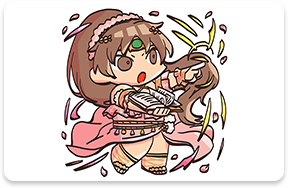 A student of Gotoh, the White Sage. While serving as a pontifex of Archanea, he was assassinated by Gharnef, his erstwhile colleague. Linde’s father.

A student of Gotoh, the White Sage. Hatched a scheme to revive the Shadow Dragon, Medeus, and rule the world. Linde’s nemesis.

Prince of Altea who fights for his homeland and deeply values his friends. He rescues Linde after she was captured by rogues.