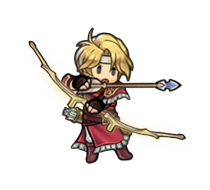 Renowned as the best sniper on the continent, Jeorge is an archer who serves the Kingdom of Archanea. His reputation was such that he was even entrusted with one of the kingdom’s regalia, the legendary bow Parthia! 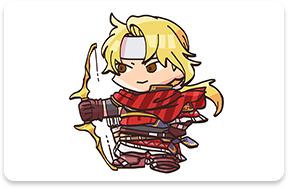 Being a member of the Archanean army, Jeorge once fought against the Altean army led by Marth. During the battle at the Chiasmir Strait, he held nothing back as he brought a massive force to bear against his rival. 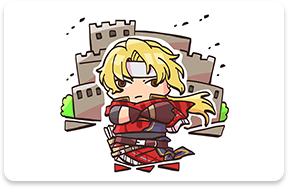 However, Archanea’s decline into tyranny had left him disillusioned, and after an appeal from his student Gordin, Jeorge allied with Marth. 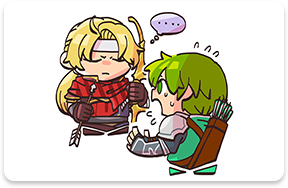 Jeorge is a principled man who always does what he thinks is right. With his unmatched finesse and the power of Parthia at his command, we can count on him to forge the way forward! 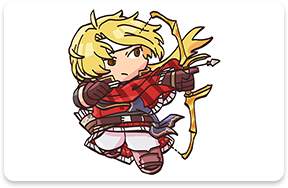 Prince of Altea who fights for his homeland and deeply values his friends. He and Jeorge once met on the battlefield as enemies.

Captain of Archanea’s free company. Awarded the sword Mercurius in light of his heroism and loyalty. A comrade of Jeorge’s.

Altean archer who is masterful with his bow. Looks younger than he actually is. Jeorge is his mentor.