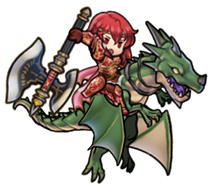 Minerva is the eldest princess of Macedon. She’s the leader of the Macedonian Whitewings, an elite team of pegasus knights, and people call her the Red Dragoon! 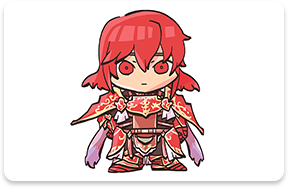 She has an older brother, Michalis, and a younger sister, Maria. At first, Minerva respected Michalis, and they used to discuss Macedon’s future together. 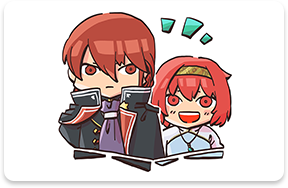 However, Michalis later assassinated King Osmond, their father, and after taking his place on the throne, he formed an alliance with the antagonistic Dolhr Empire. Minerva was forced to fight for the alliance against her will, with Maria kept hostage to ensure her cooperation. 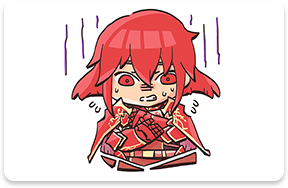 After learning that Maria had been rescued by Marth, Minerva joined forces with the Altean army, setting her up for a confrontation with Michalis. Though the two both loved their kingdom, the path he chose meant they were destined to clash… 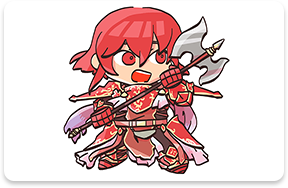