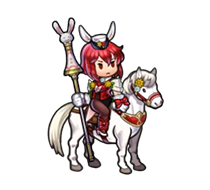 Here’s Minerva, the Red Dragoon of Macedon! Although, this time round she’s more like the Red Bunny of the Spring Festival! 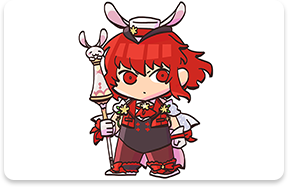 Her outfit for the festival also has that fiery red theme she’s always been known for, with a sheer chiffon cape for extra flair. Perfect for a daring spring bunny who wants to look good! 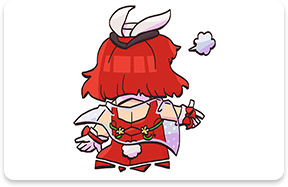 Most special of all is the lance she’s carrying, which is designed to look like there’s a long-eared bunny popping out of the end! She’s wearing a hat with bunny ears coming out of the top, too, so it kind of looks like there’s two bunnies instead of one! 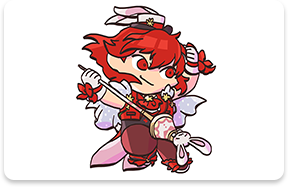 Minerva seems to be having a great time this spring festival. I know she cares a lot about her sister, Maria, too, so I’ll bet she’s thinking about how nice it’d be to have her join the fun! 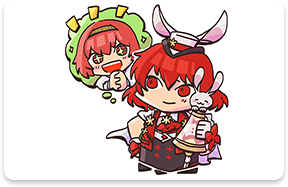