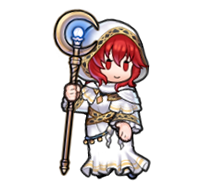 Here’s Lena! She’s a gentle, graceful cleric who will never abandon someone in need of aid. 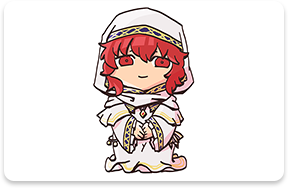 Originally a member of Macedon’s nobility, Lena became a cleric and set out on a journey in order to help the less fortunate. 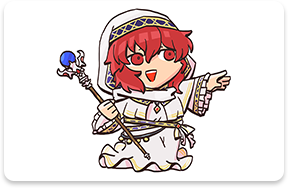 During her travels, she was captured by the Soothsires, a group of bandits based in the Samsooth Mountains. However, her pure spirit inspired one of their number, a man named Julian, to have a change of heart, and the two fled the group in a desperate escape. 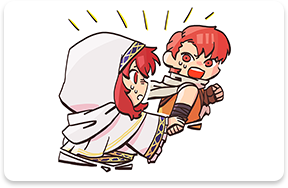 Having been aided in her escape by Marth, Lena decided to join the Altean army. She was captured a second time during the War of Heroes that followed, but the devoted Julian fought hard to ensure that she was freed once more! 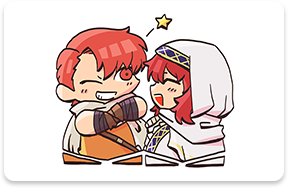 A reformed thief who takes the War of Shadows as a chance to atone for his crimes. Lives and works in a convent with Sister Lena.

Prince of Altea who fights for his homeland and deeply values his friends. He protected Julian and Lena when they were pursued by the Soothsire bandits.