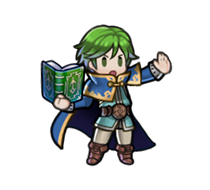 Born into a prestigious Altean family, Merric is a gentle young man who dislikes conflict. Ever since he was a child, he was always much more interested in books than swords. 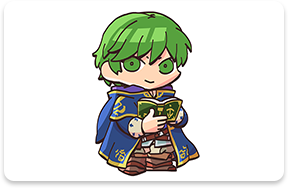 Later, Merric decided to study at the school of magic in Khadein so that he could support his close friend, the young Prince Marth. He spared no effort in his studies, and his talent for magic quickly flourished. 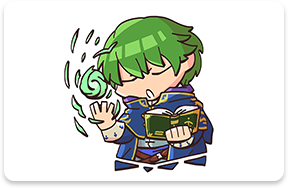 He’s also close to Elice, Marth’s older sister. This is between you and me, but I hear they’re more than just friends! I guess there was more than one reason why he worked so hard to study magic. 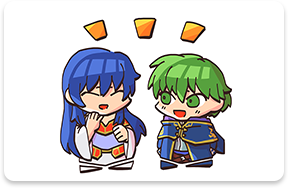 Anyway, it was through his efforts in Khadein that Merric mastered the wind magic Excalibur. With that kind of power, no obstacle to peace can stand in his way! 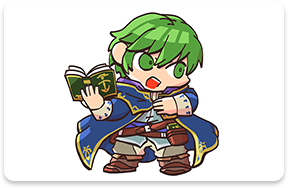 Prince of Altea who fights for his homeland and deeply values his friends. Friends with Merric since childhood.

Princess of Altea with a gentle demeanor and a strong sense of duty. Marth’s older sister. Merric has romantic feelings for her.