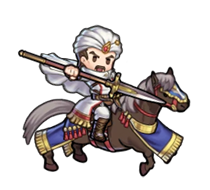 Hardin is the younger brother of the king of Aurelis, a land of rolling plains on the continent of Archanea. He’s also the leader of a band of mighty knights! 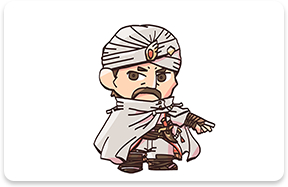 The Holy Kingdom of Archanea was the ruling power on the continent, but one day, it was laid to waste by Medeus, the Shadow Dragon. During the chaos, Hardin protected Nyna, the sole surviving member of the Archanean royal line. 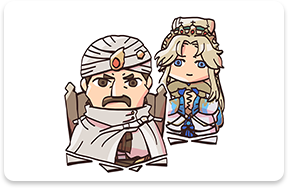 To keep Nyna safe and bring peace back to the continent, Hardin then led his band of knights, the Coyote’s Men, against Dolhr’s fearsome army! 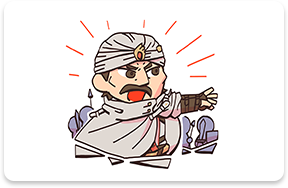 During the conflict, Hardin grew more and more fond of Nyna, and eventually his feelings blossomed into love. And so, with both justice and his love for Nyna in his heart, Hardin fights on! 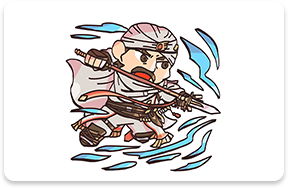 Princess of the Kingdom of Archanea. After its defeat by the Dolhr Empire, she escaped to Aurelis. There she entrusted the Fire Emblem to Prince Marth.

Prince of Altea who fights for his homeland and deeply values his friends. Hardin’s comrade in battle.