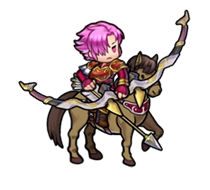 Wolf is a horseman of the Coyote’s Men, a band of knights who serve Aurelis, one of the kingdoms of Archanea. After Hardin—the crown prince and commander—left the group, Wolf was the man who took over! 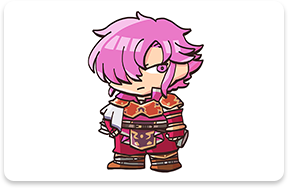 Wolf’s people come from the plains, and like many of his kin, he was subjected to slavery. When Hardin liberated him from this cruel fate, Wolf pledged his undying loyalty to him. 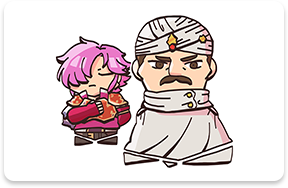 Normally, Wolf uses a bow, but it seems he’s equally capable of using other weapons when the strategy calls for it. In fact, his fellow members of the Coyote’s Men consider him a martial genius! 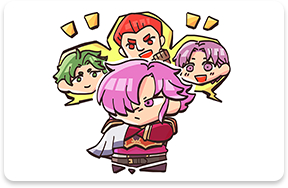 Wolf has an honest and straightforward personality, and he’s loyal to not only his lord, but to his friends and allies as well. I think we can expect a lot from him, both as a knight and as a leader! 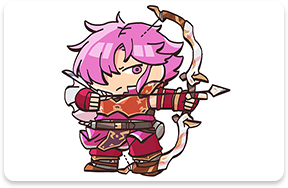 Second in command of the Coyote’s Men of Aurelis. Alongside Wolf, he fights with the pride of the plains people.

Member of the Coyote’s Men of Aurelis. After the War of Shadows, he retired from the army but eventually returned to the field.