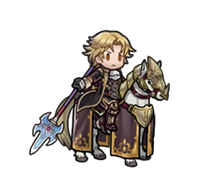 Here’s Camus, the Sable Knight and wielder of the sacred lance Gradivus! He leads the Sable Order of Grust, and he’s reputed to be the mightiest knight in all of Archanea. 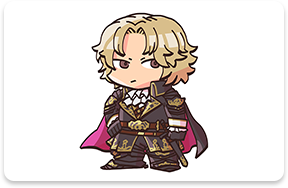 Grust formed an alliance with the Dolhr Empire and embarked on an invasion of the Holy Kingdom of Archanea, during which Camus captured Princess Nyna. But instead of turning her over to Dolhr, he kept her safe. 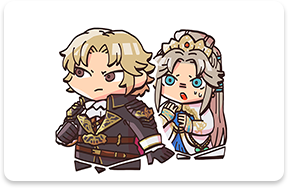 Over time, the two fell in love. Yet Camus couldn’t bring himself to betray his country, and after leaving Nyna in the care of Marth, his foe, he perished on the battlefield… 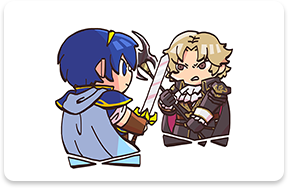 …Or so it seemed, but it turned out that fate had other plans for Camus. The tale of the proud Sable Knight who wished only to protect his love didn’t end there—far from it! 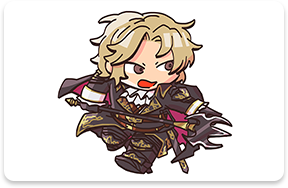 A wandering knight whose face is always hidden under a mask. A mysterious figure told of only in records of the War of Heroes. Rumored to hold some close connection to Camus.

General of the Rigelian Empire. Tatiana found him unconscious, his memory lost. Like Camus, he too wields a lance called Gradivus.

Prince of Altea who fights for his homeland and deeply values his friends. He fights against the Sable Order led by Camus in Grust.