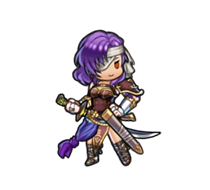 Here’s Malice, a wandering mercenary! She and her father, Dice, were recruited by Marth to fight alongside the Altean army. 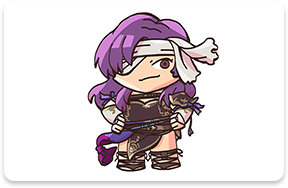 Malice always has money on her mind, but not without good reason. As it turns out, Dice has a bit of a gambling habit, and he doesn’t always have the best of luck… 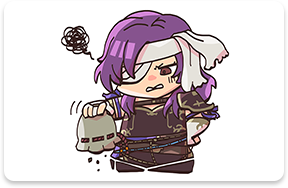 Still, Malice loves her father, and the two get along well. Not exactly what I’d expect from someone called Malice, so that’s a pleasant surprise! 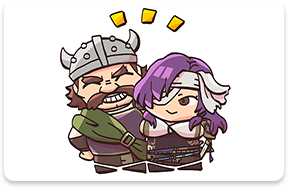 Through her mercenary work, Malice does her best to repair the family finances. She’s clearly a capable swordswoman, but she gets painfully shy when someone pays her a compliment. In fact, she gets so flustered that she often ends up brandishing her sword in respo— Yikes! Watch out! 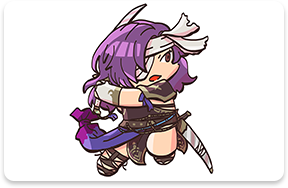 A wandering sellsword in the employ of Archanea. An inveterate gambler who’s always on the lookout for his next big win. Malice’s father.