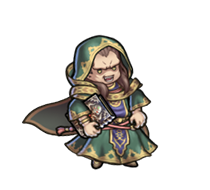 This is Gharnef—the Dark Pontifex who resurrected Medeus, the Shadow Dragon, and plunged the continent of Archanea into war! 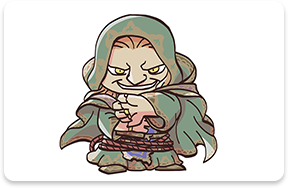 Gharnef was once a pious disciple of the sage Gotoh, but he was driven to evil by his rage and envy when his master refused to grant him the tome Aura. 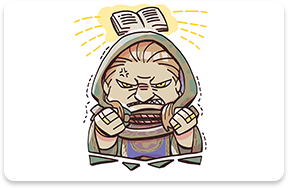 Taking command of the dark magic Imhullu, Gharnef schemed with Medeus to seize the continent of Archanea. Thanks to Marth’s efforts, though, their plot was foiled! 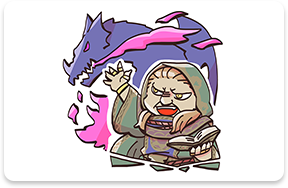 Gharnef was once a talented bishop, and it’s a shame to see how twisted he became… I hope that one day, he’ll find his way back to the honest path he started on and reconcile with the people he wronged! 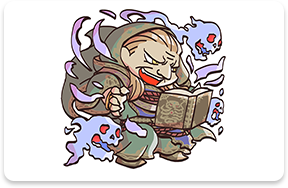 King of the Earth Dragons, previously defeated by the hero Anri. Resurrected by Gharnef, he seeks domination.

Emperor of the Holy Empire of Archanea. Known as the Dark Emperor due to his bloody reign. Succumbs to the darkness after receiving the Darksphere from Gharnef.

A bishop in service of Gharnef, and leader of a group of assassins. Formerly a kind-hearted caretaker of war orphans. Her mind is controlled by Gharnef.