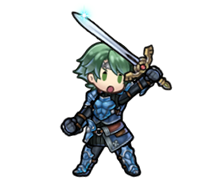 Alm is a warrior from Ram Village, located in the southernmost part of Zofia. He’s a brave but kind young man who was raised by his grandfather Mycen, the hero of the village! 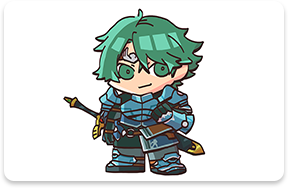 Alm’s modest origins hid a secret. His left hand bore the Brand, the mark of the heroes who would save Valentia! 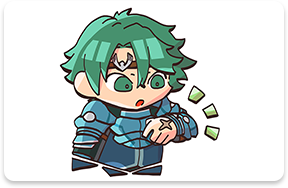 After witnessing the injustices of the invading Rigelian Empire, Alm and his friends from the village joined the Deliverance, an army raised to free Zofia. There, he blossomed as a leader and soon became the Deliverance’s commander! 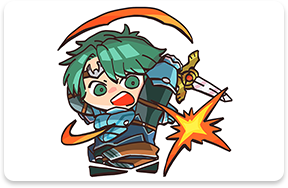 At the same time, Alm’s childhood friend Celica had set out on her own journey to find the cause behind the strange disturbances occurring throughout the land. Their battles would shape the future of all Valentia! 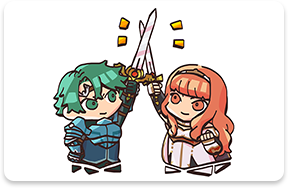 The princess of Zofia; trained as a priestess. Caring toward others, and dislikes fighting. Bears the Brand on her right hand. A childhood friend of Alm’s who was raised alongside him in Ram Village.

Alm’s grandfather who raised Alm to be a great warrior in Ram Village. He was revered as a great knight in Zofia.

The stern, commanding Emperor of Rigel. He shares a significant bond with Alm.