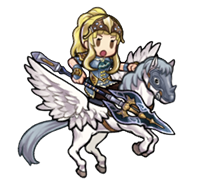 Here’s Clair, the sister of Clive, the former leader of the Deliverance! She and her brother come from a noble family, and she carries herself with a refined poise. 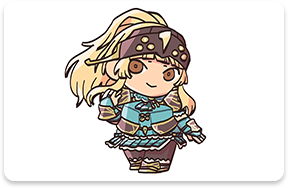 Originally, Clair was one of Zofia’s pegasus knights. But when the corrupt chancellor Desaix staged a coup, she was forced to flee the country, so she joined her brother to help start a liberation army—the Deliverance! 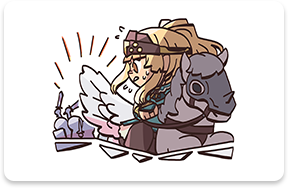 Apparently, Clair had never even spoken to a commoner before, but once the Deliverance got started, she fought side by side with Alm and other common folk for the first time. 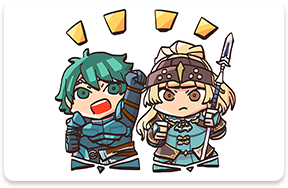 This is just between you and me, but I think Clair’s got a little crush on Alm! And so, Clair commands the skies astride her trusty steed, fighting for her friends and allies…especially Alm! 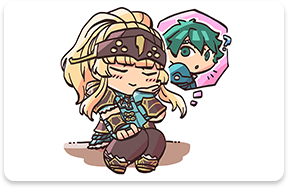 Former leader of the Deliverance and Clair’s brother. Idealistic and focused on the good of the kingdom.

A brave but kind young warrior, raised by the hero Mycen in Ram Village. His left hand is marked with the Brand. Clair has strong feelings for him.

Alm’s childhood friend from Ram Village. Worldly and competent. He has strong feelings for Clair…