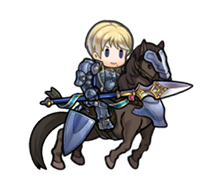 Clive is the original leader of the Deliverance. He’s a gallant knight from a noble family who earned his reputation through his daring leadership in battle! 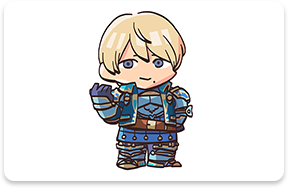 Clive has a lover named Mathilda. Like Clive, she’s a veteran knight, and the two have a deep respect for each other—not to mention an unbreakable bond! 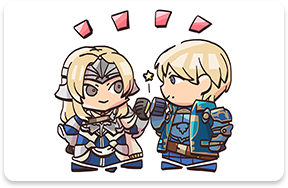 Though valorous in battle, Clive actually worries a lot. One thing he worries about in particular is whether he, as a nobleman, can truly lead the Deliverance, which includes a large number of common folk in its ranks. 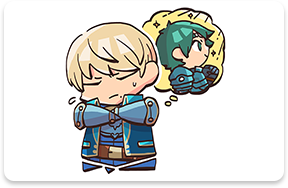 Well, Askr is home to an even more diverse group of people…but I don’t think Clive has any reason to worry about fitting in and making friends! 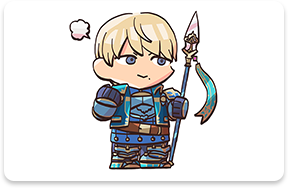 A paladin of the Deliverance and Clive’s betrothed. Strong as a demon, yet gentle to her love.

A brave but kind young warrior, raised by the hero Mycen in Ram Village. His left hand is marked with the Brand. He is entrusted with leadership of the Deliverance by Clive.