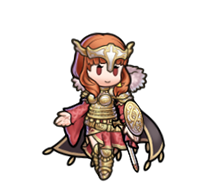 Celica once lived as a priestess at the priory on the island of Novis in southern Valentia. But she was hiding a secret. Her true name is Anthiese—and she’s a member of the Zofian royal family who survived a coup by the Rigelian Empire! 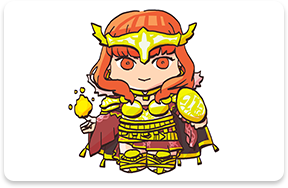 Celica set out a journey with her friends to learn more about the ominous dreams that haunted her, and to investigate the cause of the blight that dogged the lands of Zofia. During her travels, she was reunited with her old friend Alm, whom she grew up with in Ram Village. 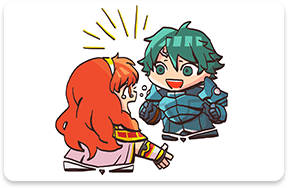 However, she later ended up fighting against him, having become possessed by Duma as the result of a simple misunderstanding. Against all odds, the two overcame this ordeal, and they went on to challenge Duma for Valentia’s sake. 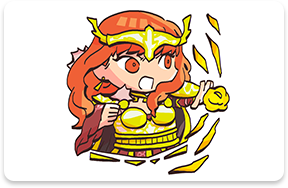 A ferocious battle ensued, and Duma was vanquished at last. Victorious, Alm established a unified Valentian kingdom. He and Celica were wed, and she continued to support him as the new kingdom’s first queen! 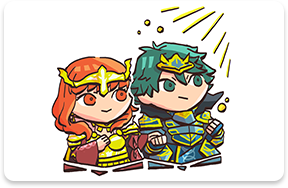 The Rigelian prince who defeated Duma and became the first king of the One Kingdom of Valentia. Later generations remember him fondly as a wise ruler.

A mysterious knight who rushes to Celica’s aid whenever she is in danger. When he wears his mask, his personality changes entirely. He is actually Celica’s half brother, separated from her when they were very young.