Here’s Valbar! He’s in there somewhere beneath all that armor, anyway. Valbar used to be a soldier in the Zofian army, but when he lost his family to an attack by pirates, he left to avenge them. 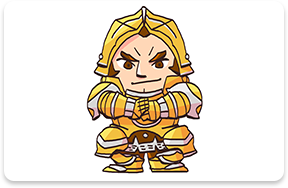 During his battle against the pirates, Valbar found himself completely surrounded and, for a moment, he was at the mercy of his foes. But then along came Celica and her allies, who were out fighting the Duma Faithful! 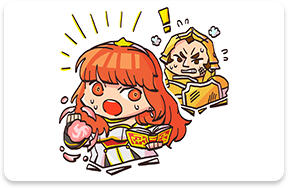 She had saved his life, and Valbar couldn’t let this debt go unpaid. He immediately joined Celica, bravely shielding her and her allies from danger! 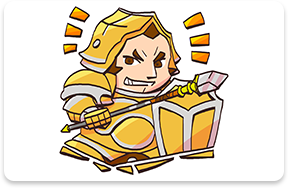 A pretty straightforward story, isn’t it? Or so you’d think… But there’s a famous painting from another world showing Celica, Alm, and Valbar striking a valiant pose together. At least, I think it’s them! He’s also rumored to feature in a tale of revolution in a realm quite different from the Valentia I know of… I wish I knew more about all of this! 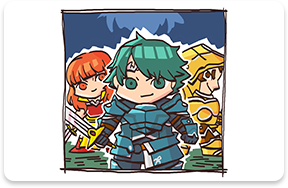 The princess of Zofia; trained as a priestess. Caring towards others, and dislikes fighting. She rescued Valbar when he struggled in his fight against Barth, the pirate king.

A handsome but narcissistic Zofian archer. Adores his friend Valbar.