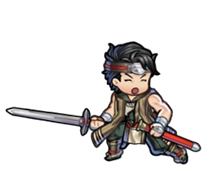 Today I’ll introduce you to Kamui, a mercenary who’s active in Valentia! He has a rather detached disposition, but underneath the aloof exterior is a passionate Hero who’s dedicated to his ideals. 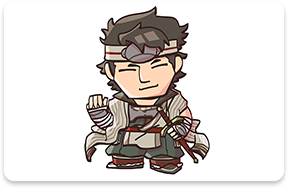 A wanderer, Kamui met the former knight Valbar in the kingdom of Zofia. Valbar had lost his family to a pirate attack and was looking for an opportunity to avenge them. 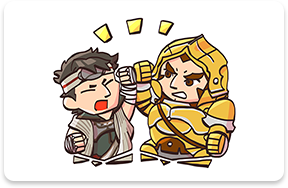 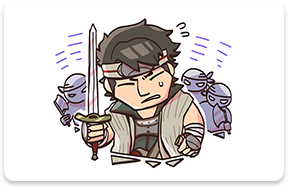 After the battle, Kamui followed his client Valbar into Celica’s service. And so, Kamui continues to fight, his journeys taking him wherever the wind blows! 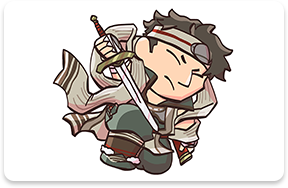 A knight from Zofia who accompanies Celica after she rescues him. Hires Kamui to assault the pirates’ island stronghold.

A handsome but narcissistic Zofian archer. Adores his friend Valbar. Joins Valbar and Kamui in the attack on the pirates’ stronghold.