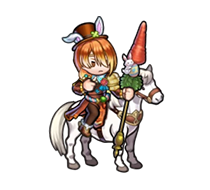 Here’s Luthier, a mage who honed his art in a forest village on the outskirts of Zofia. But today, he’s a festive bunny who’s joining us at Askr’s spring festival to hone the art of having fun! 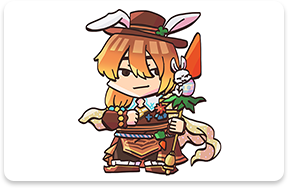 To go with the theme, Luthier’s brought a giant carrot lance to serve as his weapon. I must say, I never expected him to pick up a lance instead of a tome…nor did I expect such an adorable design! Look at that egg and little bun-bun! 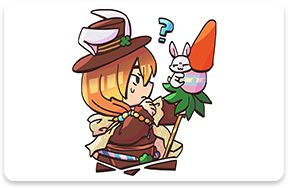 And speaking of adorable, did I mention the bunny ears on his hat? You never know, maybe this new look will help Luthier to make some more friends! 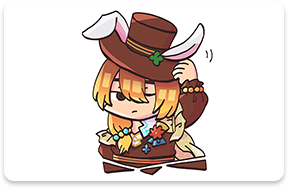 It comes as no surprise, but I hear that Luthier’s been trying his hardest to hide from Delthea this whole time, bunny ears notwithstanding. You’ve come this far, Luthier—let’s have some fun! 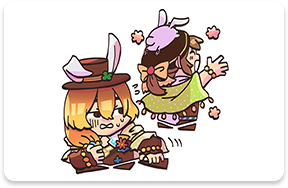 A brave but kind young warrior, raised by the hero Mycen in Ram Village. His left hand is marked with the Brand. One of Luthier’s few friends, if not his only friend.