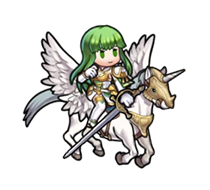 Palla is a member of the Whitewings, a group of pegasus knights from the land of Macedon, part of the continent of Archanea! She traveled to Valentia with her sister, Catria. 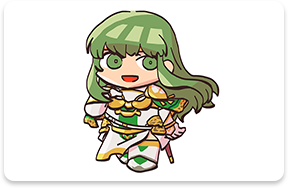 They weren’t there for the sightseeing, though. Their younger sister, Est, had been kidnapped by pirates, and so Palla and Catria had gone in search of her! 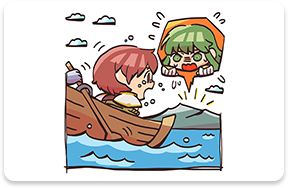 After finding a lead, the two battled the pirates, but their sheer numbers were too much even for the Whitewings to handle. Fortunately, Celica was passing through nearby, and with her assistance, the pirates were defeated. 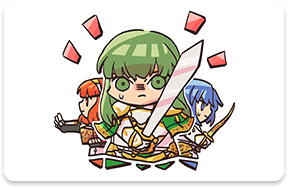 After the battle, Palla joined Celica’s army to continue her search for the missing Est. I’m looking forward to seeing what such a devoted fighter can do for the Order of Heroes! 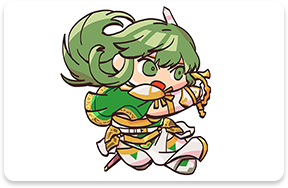 The middle sister of three pegasus knights of Macedon who ventured to Valentia to rescue her kidnapped younger sister.

Youngest of three sisters who are pegasus knights for Macedon.

The princess of Zofia; trained as a priestess. Caring toward others, and dislikes fighting. Bears the Brand on her right hand. She helps Palla defeat the pirates.