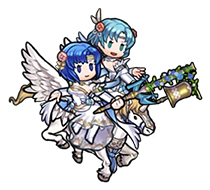 Two dazzling pegasus knights have crossed worlds to team up! Here’s Catria and Thea, making a special appearance in their bridal outfits! 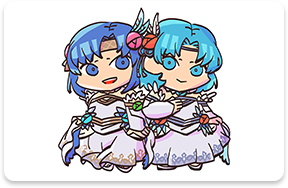 The two are both middle sisters, and they’re the serious ones of their respective families as well. They’ve chosen outfits that reflect their background for the festival, featuring an elegant design reminiscent of pegasus wings. 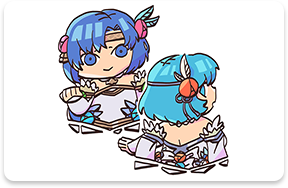 And I suppose that must be a wedding bell they’re carrying! Those lovely flowers add an extra touch of sophisticated flair to their look. 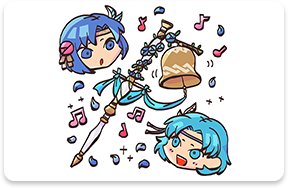 They’re just like a pair of elegant pegasi, flying gracefully through the skies… It brings a smile to my face to see them in such wonderful outfits! 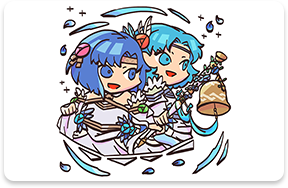 Eldest of three sisters who are pegasus knights for Macedon. Catria’s older sister.

Youngest of three sisters who are pegasus knights for Macedon. Catria’s younger sister.