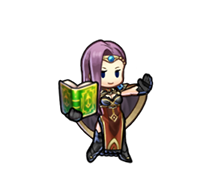 Sonya is a powerful mage who comes from the continent of Valentia! She’s self-assured, composed, elegant, charismatic… She definitely seems like a Hero you can look up to. 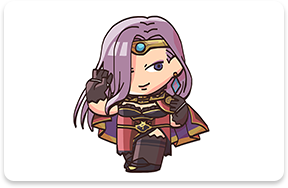 Originally, Sonya was in the employ of Grieth, the ringleader of Zofia’s pirates and brigands. After Grieth’s defeat by Celica, Sonya abandoned the villain’s ranks and joined Celica instead. 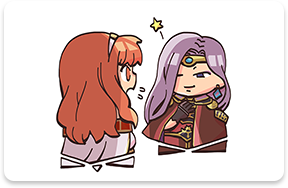 Sonya originally had two sisters, but they were lost to her after the priest Jedah sacrificed their souls to Duma, transforming them into witches. 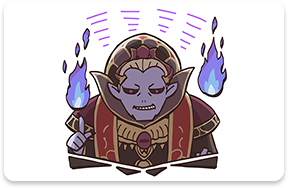 Looking for an opportunity to exact her revenge on Jedah, Sonya joined Celica’s battle against the Duma Faithful. Will she ever get the vengeance she desires? 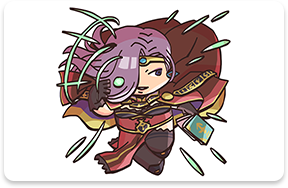 The princess of Zofia; trained as a priestess. Caring toward others, and dislikes fighting. Bears the Brand on her right hand. After the death of the brigand Grieth, she accepts Sonya’s offer to join her.

A meek young cleric from Novis. Likes to write her own stories. Sonya resembles her mother.