We’ve got one tough customer coming to the Hatari festival! Here’s Deen, a swordsman who made a name for himself in Valentia, and he’s arrived dressed up in traditional garb! 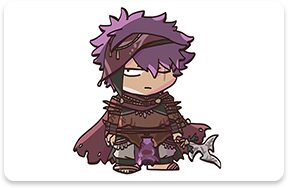 Deen normally covers himself in dark, heavy armor, so seeing him dressed like this is quite the surprise! The Hatari theme extends to the fabric covering his torso and arms, which have been decorated with traditional patterns that hint at his raw strength. 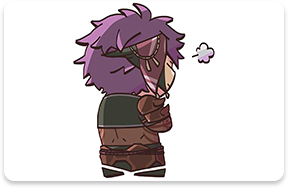 Here’s another surprising change—instead of wielding a sword, he’s carrying a boomerang-shaped knife carved from beast bone! It’s been sharpened with such a keen edge that even the predators of the desert know not to mess with. 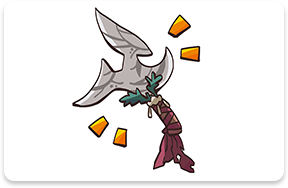 Deen’s former base of operations in Valentia was also in the desert, so I suppose the Hatari style comes naturally to him. He’s definitely one to watch out for during the festival! 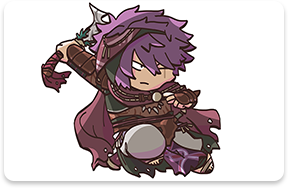 A mage who, like Deen, was hired by Grieth. Cool but flamboyant. Vowed vengeance upon her father, Jedah.

The princess of Zofia; trained as a priestess. Caring toward others, and dislikes fighting. Bears the Brand on her right hand. She defeats Grieth and recruits Deen.