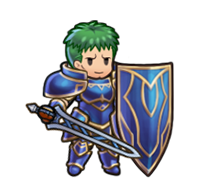 A number of stalwart knights serve Chalphy, the duchy governed by the descendants of the crusader Baldr. This time, I’ll be introducing Arden, one of the knights of Chalphy! 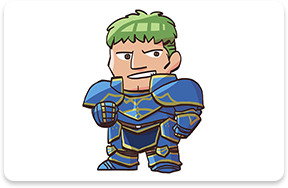 Arden’s allies often poke fun at him for being slow because he’s weighed down by his heavy armor, but his unshakeable tenacity and fearsome swordsmanship make him the core of Chalphy’s defenses! 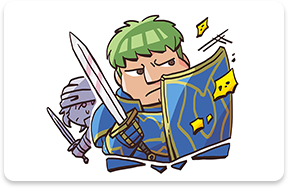 When the neighboring duchy of Yngvi came under invasion, Sigurd led a force from Chalphy to come to its aid. This left a shortage of manpower at the castle, but it was in good hands with Arden assigned to keep the place safe! 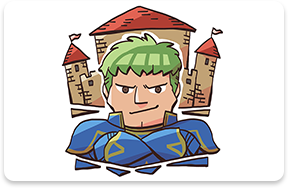 So you can see that people rely on Arden a lot already, but he’s got lofty goals for himself—he wants to be able to pull off flashy flurries of attacks and impress the love of his life, whoever she may be! I’m rooting for you, Arden! 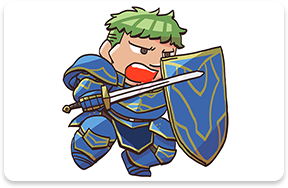 Heir to Chalphy, descendant of the crusader Baldr, and Seliph’s father. He’s courageous and has a strong sense of justice. Arden’s lord.

A knight of Chalphy in service to Duke Sigurd. He has a cheerful, breezy personality. Fought alongside Arden.