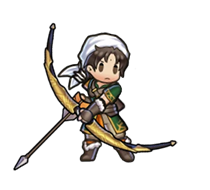 Jamke is the third prince of Verdane, a kingdom in the dense forests of Jugdral. He’s an amazing shot with a bow! 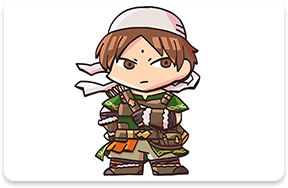 Unlike his older brothers, Jamke has a very gentle disposition. When Verdane started an invasion of Grannvale, he desperately tried to get his father, King Batu, to put a stop to the fighting. 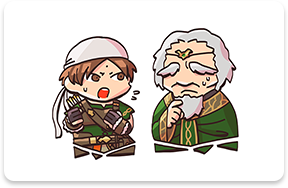 However, his pleas fell on deaf ears, and the invasion continued. Jamke was forced to participate in the conflict, but after some convincing from his confidante Edain, he made the difficult decision to turn against his own kingdom’s forces. 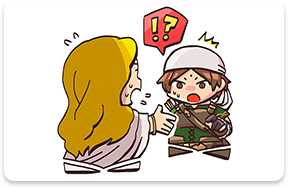 In the end, when the bloody war was over, Jamke was left the only surviving member of Verdane’s royal family. But even so, he continued to fight for the sake of his kingdom, and for Edain! 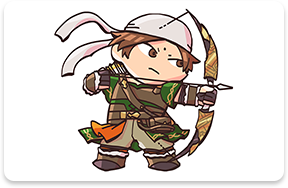 Daughter to the duchy of Yngvi. Brigid’s twin sister, she is a kind and beautiful cleric. When she was kidnapped by Prince Munnir of Verdane, Jamke rescued her.

Heir to Chalphy, descendant of the crusader Baldr, and Seliph’s father. He’s courageous and has a strong sense of justice. Jamke joins his army, though they were enemies at first.