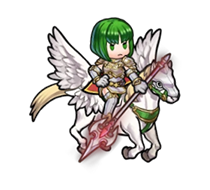 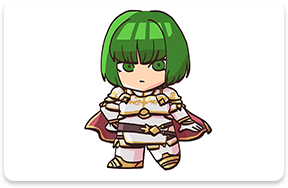 After the passing of the king, Silesse entered a succession crisis. Díthorba was a member of the army of Tófa, which represented a faction from Silesse that opposed Queen Lahna, the widow of the late king. 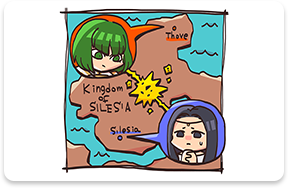 This made Díthorba an enemy of her former comrades within the pegasus knights, but despite the circumstances she found herself in, her fighting spirit showed no signs of waning. 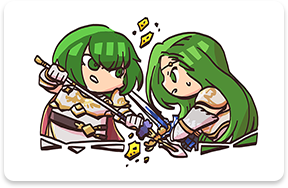 While she might seem cold for the way that she ended up turning on her erstwhile allies, I hear that Díthorba has a young daughter—and I’m sure that she fights not only out of pride in her duty, but for her daughter’s sake as well. 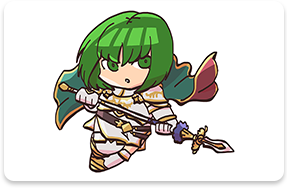 Like Díthorba, one of the Four Heavenly Knights of Silesse and Annand’s younger sister. Has a serious outlook that Prince Lewyn teases her about.