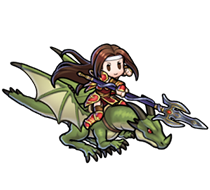 Here’s Altena, Princess of Thracia! She possesses the ability to wield the Gáe Bolg, which is a sure sign that her past is a little complicated. 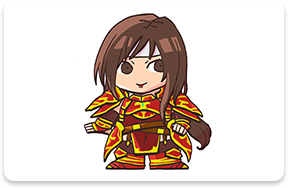 Altena’s true parents are Quan, Prince of Leonster, and Ethlyn of Chalphy. They took Altena with them on a mission to aid Sigurd when she was very young, and sadly, they both died in an attack. 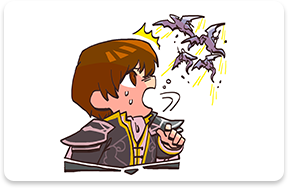 It was King Travant of Thracia who led the ambush in which Altena’s parents perished. Altena’s fate then took another strange turn when Travant took an interest in her and raised her as his own daughter! 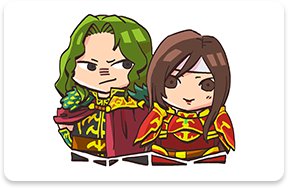 Knowing nothing about her origins, Altena grew up to be a proud wyvern rider. But what path will she choose when she finds out the truth about what happened all those years ago? 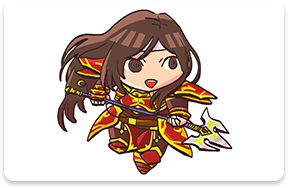 King of Thracia, and descendant of the crusader Dáinn. Eying the fertile land to his north, he hatches a plan to unite the entire peninsula. Raised Altena as his own.

Prince of Leonster and inheritor of the lance Gáe Bolg. Husband of Ethlyn, the younger sister of his close friend Sigurd. Altena’s true father.

The younger sister of Lord Sigurd of Chalphy with an adventurous spirit. She cares deeply for her family. After she marries Prince Quan of Leonster, the pair have a girl and a boy. She is Altena’s true mother.

Quan’s son. He was hiding in Fiana but rose up after an attack by imperial forces. Altena’s true brother.