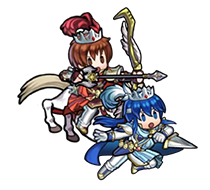 The Day of the Twelve festival was started to celebrate the achievements of the 12 crusaders, who are praised as saviors in the annals of Jugdral’s history. Leif and Seliph are descendants of the crusaders, and they’ve come to join the festivities! 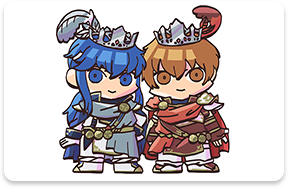 As you can see, they’re both wearing special attire for the festival. Leif’s wearing a striking red-and-gold outfit, with a beautiful golden bow to match! And is it just me, or does that arrow have a rather radiant aura around it? 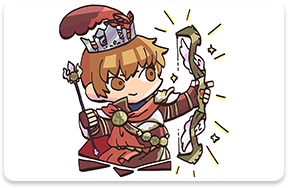 Meanwhile, Seliph’s outfit is accented by a dignified, modest blue. Given he’s called the Scion of Light, the dazzling aura around his dagger makes it almost seem like it was made just for him! 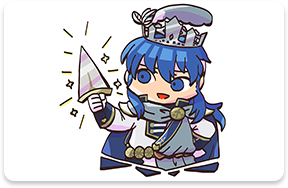 Just as you’d expect, these cousins fight in perfect sync with each other and make for a powerful team. I’m sure their teamwork will be of great aid to the Order of Heroes! 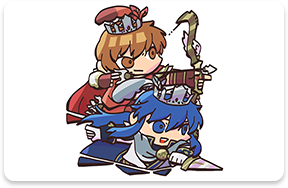 Prince of Leonster and inheritor of the lance Gáe Bolg. Husband of Ethlyn, the younger sister of his close friend Sigurd. Leif’s father.

The younger sister of Lord Sigurd of Chalphy with an adventurous spirit. She cares deeply for her family. After she marries Prince Quan of Leonster, the pair have a girl and a boy. Leif’s mother.